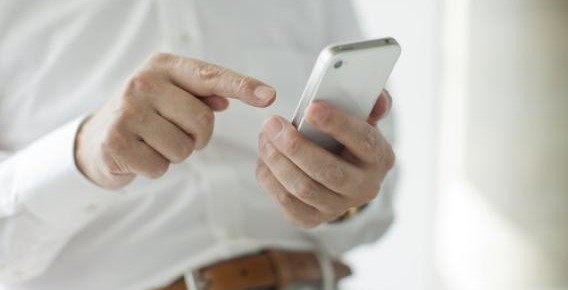 David Barkholz
Automotive News
July 22, 2013 – 12:01 am ET
Dealers say they are paying Google dramatically higher prices than they were just seven months ago to snag smartphone users searching for vehicles and dealerships.

Gold Coast Cadillac in Oakhurst, N.J., for instance, paid Google an average of $3.24 from March through June whenever a smartphone shopper clicked on a Google search ad for the dealership.

That’s up 68 percent from the $1.93 the dealership paid from November through February, said the dealership’s general sales manager, Steve Stigliano.

The increase stemmed mainly from changes that Google began implementing in February to its paid search advertising, industry experts say.

Dealers advertise on Google by bidding against rival dealers for key words or phrases that shoppers might use to find a dealership or vehicle, such as “Ford F-150 Dallas” or “Honda Civic Sarasota.” The highest bidders get better positions on the search page, either in the shaded top portion or along the right side of the page.

The dealer only pays the bid amount if a shopper clicks on the advertised link to the dealership’s Web site or another landing page.

Google, the premier online search engine, is responsible for two of every three visits to dealership Web sites.

Prices for mobile paid search are rising in part because the new Google program has introduced dealerships to an advertising avenue — mobile paid search — that they had largely ignored, said Dave Page, owner of Dealer e-Process. The digital marketing vendor manages paid search for Gold Coast Cadillac and about 700 other dealerships.

As more dealers have crowded into mobile paid search, demand pushed up prices, he said.

At his clients’ dealerships, Page estimates cost per click has jumped 20 to 30 percent for mobile paid search since February, compared with less than 3 percent for advertising to desktop users.

He estimated that just 20 percent of dealers bought mobile paid search before the new Google program.

Cobalt, a Web site and digital marketing vendor to 8,000 dealerships, pegs the average increase in mobile cost per click at about 60 percent since February, said Chris Douglas, Cobalt’s director of product management for advertising products.

Mobile “was such a good deal before,” he said.

For example, dealers can automatically set their ad buying to raise or lower their bid prices for key words depending on the distance from the store or time of day shoppers are searching.

A Google spokeswoman also said ad buyers can vary the prices they bid based on whether the shopper is searching on a desktop or mobile device. She said it was too early into the program to talk about the impact on prices.

Beginning today, July 22, all key word bidding will have to be done using the new program.

Gold Coast Cadillac’s Stigliano said he has participated in mobile paid search for almost two years as more consumers have been using smartphones to shop. “Everything is done on a smartphone these days,” he said. The store sells between 200 and 250 new and used vehicles per month.

About 61 percent of smartphone users search on their devices daily for retail products, including autos, and 28 percent of mobile searches result in a store visit, call or purchase, according to a Google mobile study released in May.

Mike Barron, general manager of Heritage Automotive Group in Rome, Ga., said he has seen mobile paid search prices rise on Google, Yahoo and other search engines because dealers are getting results.

As more consumers research vehicles online, and use smartphones in the process, dealers are getting in step with the times, said Barron, who along with Cobalt’s other clients have converted to the program.

Heritage, which owns Buick, GMC, Honda and Nissan stores, has more than doubled its paid search budget year-over-year, he said. In June, the group spent $7,500 on paid search vs. $3,000 in the year-earlier month. The group sells about 145 new vehicles and 125 used per month.

Barron said, “We’re seeing more players than six months or a year ago.”

Our company specializes in helping you get the best and most memorable phone numbers for your business or personal use.